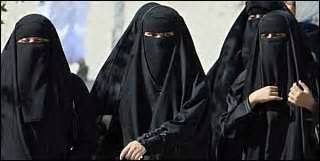 The recent law passed by the Quebec government, known as Bill 62-the “religious neutrality law,” will require women to remove their burqa or niqab (meaning face covering in Arabic) while giving or receiving public services such as getting on a bus or taking a book out of the library. The controversial law is getting a lot of attention and criticism. As a Muslim woman living in Canada I feel compelled to weigh in, not least because I can say things that non-Muslims may be too afraid to say.

I should note that I am secular; and am not a practicing Muslim. However, I come from a very religiously observant family, and with the exception of myself and my sister and a few cousins, all of the women in my family and extended families wear the hijab (head covering). And three of them wear the burqa. The women that wear the burqa live in Egypt, and when they adopted the practice of face covering, many in my family—the hijabi women included—thought that it was too extreme. While my family members are devout and practicing Muslims, the majority of them find the burqa (or niqab) unnecessary. Indeed when my mother worked and lived in Saudi Arabia decades ago, she defied social customs, and the law, and refused to wear it.

All this is to say that, the niqab—or face covering—is something that many Muslims consider to be off-putting and wholly unnecessary. So if it is too extreme for the streets of Cairo or Beruit then it is definitely too extreme for the west. Now before you go accusing me of Islamophobia, let me remind you that I am Muslim and, more importantly, that the Quran—the Islamic holy book—does not call for women to cover their face. In fact, there is even debate among some Islamic scholars about whether or not the hijab or head veil is mandated in the Quran, with some arguing that the Quran only explicitly mandates modest dress and the covering of the bosom [1]. I am not an expert on Islam, far from it. There is much literature that explores these issues, especially the burqa or face covering, and I urge readers—Muslim and non-Muslim—to do their own research.

With respect to the buqa, it is widely held that the practice is not mandated in the Quran—nor is the word mentioned—but instead grew out of hadith, a collection of traditions based on the daily life and practices of the prophet Muhammad. As Chris Moore explains, most followers of these “traditions” know little of their origins or authenticity.[2] Moreover, Moore points out that “for the thousands of traditions attributed to the Prophet only one bears notable credibility:

‘Do not write down anything I say except the Quran. Whoever has written something other than Quran let him destroy it.’” [3]

This implies that hadiths are not something Muslims should base their religious practices on. The practice of face covering comes largely from Wahhabi Saudi Arabia. Wahhabism is a strict and archaic Muslim sect founded by Muhammad ibn Abd al-Wahhab (1703–92). It advocates a “return” to the early Islam of the Quran, rejecting later innovations. But there are many that argue that Wahhabism—which spread to many parts of the Middle East following the Saudi-US oil alliance of the late 1970s—is not a return to literal or early Islam but rather a complete contradiction of it or movement away from it [4]; meaning Wahhabism is not Islamic at all. In this respect, much like the practice of the burqa, Wahhabism should have no authority over the lives of Muslims.

Once upon a time, when Wahhabism far less influenced the Arab and Muslim world, Arab leaders, such as Egypt’s Gamal Abdel Nasser, were opposed to publicly mandating even the hijab (see the video below). Nasser believed that religious practices were a private matter and not a public obligation.

To date, most Muslim countries do not force women to wear neither the hijab nor the niqab, with Saudi Arabia being a notable exception on the latter. So why are western governments in countries that are secular and do not have a Muslim majority not allowed to regulate something as extreme and culturally incompatible as the burqa.

To argue that the burqa is necessary in Canada in order to ensure religious rights and freedoms is ultimately fallacious given that the burqa is not actually mandated by Islam. Like many things, the growing popularity of the burqa among Muslims over the last few decades can be attributed to politics, not religion. As I argue elsewhere, the massive oil alliance that was formed between the United States and Saudi Arabia after the oil embargo of 1973 led to religious radicalization in the Middle East. In exchange for Saudi Arabia only accepting US dollars for oil, giving the US and its currency global economic hegemony, the US allowed and (indirectly) helped the Saudis to spread Wahhabism and radical Sunni Islam across the Middle East for political ends.

Bolstered by its alliance with the US, Saudi Arabia has been able to promote Wahhabi extremism in the region. The Kingdom has spent millions and billions of dollars propping up Islamist movements and Islamist groups in the Arab world. Among many other things–such as increased terrorism in the region–the spread of Wahhabi political Islam has led to an increase in burqa wearing. Understood in its proper political and geopolitical context, the increased “popularity” of the burqa is as much political as it is religious; if not more so, given that the burqa is not mandated by Islam and the Quran.

But even if the Quran did mandate the burqa, I believe that a secular country such as Canada should be allowed to regulate expressions of extreme public religiosity, especially when matters of identity or public safety are concerned. While many Canadians are likely too afraid to say so in the current overly sensitive and rabidly politically correct culture, I suspect that a great many feel uneasy about the burqa. While most people may have no issue with a woman covering her hair (hijab), the complete draping of face and body in all black is a menacing and eerie sight that even makes me uncomfortable as an immigrant [5] from the Muslim world. This is something I tell my own burqa-wearing cousins every time I visit family over seas.

It is just too much for present-day urban society, whether in Canada or the Middle East. And what it connotes about women is very problematic. While it may be intended to reduce the sexual objectification of women, the burqa results in a different type of objectification altogether, for a faceless human being all in black garb, becomes little more than a moving object in black. For me, and I suspect for a great many others, the burqa is at once both dehumanizing and objectifying.

I feel the exact same way—though for opposite reasons—about overly exposed flesh, such as the ever-shrinking shorts some women wear that essentially reveal the entire lower buttocks. As I write elsewhere, while on the surface burqas and exposed butt cheeks are polar opposites, what they share in common is that they are both just too much for day-to-day life. Moreover, while the former may seem oppressive to women and the latter a sign of female liberation, I feel that both ultimately serve to overly objectify women, reducing them either to sinful bodies (and faces) to be covered up or sexual objects to be overly exposed. While they do so in opposite ways, by tending towards an extreme obsession or emphasis on the female form, both end up reducing women to the physical. In the end, both do not lend themselves to any form of moderation.

So before we enter into reactionary debates over the burqa in Canada, let us take pause and consider all of the above, especially the (western allied) political agenda of Islamic radicalization.

[5[ My parents immigrated to Canada when I was two years old.

6 thoughts on “As a Muslim Woman in Canada, I Understand Quebec’s Burqa Law”