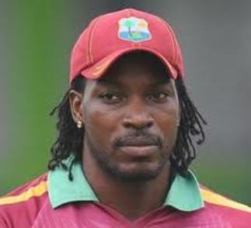 I don’t often comment on pop culture, especially celebrity culture, but every once in a while something catches my attention that I have to comment on. Last month I read about an Australian cricket player, Chris Gayle, who was fined $10,000 Australian dollars (and almost suspended) for “making inappropriate comments to a female reporter in a live TV interview.” In the interview, Gayle comments on the reporter’s “beautiful eyes” several times and then says he hopes to be able to go on a date with her and calls her “baby.” He was punished for “sexual harassment,”  fined and almost suspended for the incident.

Yet today I saw a video of two Hollywood actresses very relentlessly hitting on a male reporter, without any resultant public uproar, fine or reprisal. While the incident may have been scripted (I do not know one way or another), it depicts two women very aggressively objectifying a male reporter and going way beyond anything Chris Gayle said and did in his fine-worthy gaff last month. The women blatantly tell the reporter that he is handsome then point at him, motioning for some other women to come over and have a look at the “hot man.” At one point they even ask the male reporter to undo the buttons on his shirt in order to show them his “swollen” muscles. And the male reporter obliges them as they ogle and comment on his physique and good looks. Even if it was just a stunt (and I suspect it may be scripted) it is presented as a real exchange between these randy women and the “hot” male reporter. There has been no shaming of these women for objectifying him. Instead mainstream entertainment media is applauding the actresses and telling them to “Work it, Ladies!” END_OF_DOCUMENT_TOKEN_TO_BE_REPLACED