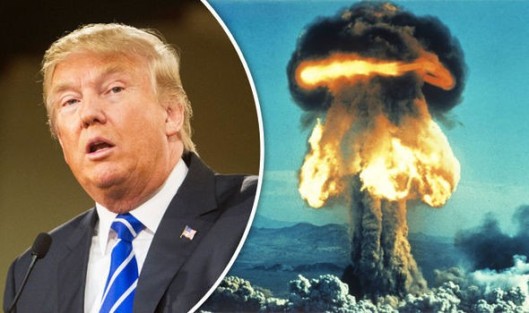 During Donald Trump’s presidential campaign I wrote that I was guardedly optimistic about possible changes to foreign and economic policy under a Trump presidency. Given his campaign rhetoric and promises—which galvanized a type of anti-globalist economic populism and anti-interventionist foreign policy claims—and, more importantly, given that the mainstream media was so venomously opposed to Trump [1], I cautiously believed that positive changes to foreign and economic possibly might be possible. At the same time, I was aware that Trump could be another, and perhaps competing, incarnation of elite power. I asked on the day after the election if the Trump victory represents “a blow to the global establishment or its latest iteration?” I stated:

“Is that what Trump represents, the division within the global power structure? Does he have friends in high places that wish to revamp the current global militarized corporate and banking oligarchy? Or, is he but its latest iteration of it? Is he a gateway to what is to come–Martial Law, etc…?” [2]

In the early days following the election I held on to my cautious optimism about the new direction that economic policy and, more importantly, US foreign policy could take under his presidency. But as names started to surface for potential cabinet members, who were as neo-con and war mongering as the Obama and George W. Bush eras, my optimism began to waiver. In an article for the Asia Times I stated:

“If Trump is willing and able to rein in corporate oligarchy and economic globalization… and if he were willing and able to reign in the imperial war machine, then he would have already surpassed the broken promises of the last administration. But if he, like so many others before him, fails to deliver on what he promised during his campaign, then the people have every right and reason to oppose him.” [3]

Now, four months into his presidency, the writing is clearly on the wall. Donald Trump has done a complete 180, broken almost all of his campaign promises, and has totally bowed down or surrendered to the globalist establishment and the imperial war machine. I want to state that, as an analyst and writer, my guarded optimism about potential foreign policy changes under Trump was very short lived.

Trump has so far broken every one of his campaign promises that had to do with reining in US interventionist foreign policy and the pro-terrorism, imperial Deep State. [4] For instance, Trump criticized former President Obama for his military actions in Syria and made overtones about being less interventionist in the Middle East, and then bombed Syria on April 6. During his campaign, Trump criticized Saudi Arabia and stated that the US should loosen its ties to the Saudi state, yet he turns around and signs the single largest arms deal in US history with the Saudis. On May 20 Trump signed a landmark arms deal with Saudi Arabia, which will have the US selling and estimated $350 billion worth of weapons to the Saudis over the next decade [5].

The significance of this arms deal is huge, and hugely problematic. Wahhabi Saudi Arabia, in alliance with the US and Israel and western intelligence agencies, has long been a supporter (through weapons, funding, training, etc) of radical Sunni terrorist groups like Al Qaeda and, more recently, ISIS. These groups’ main purpose is to destabilize non imperial bowing/collaborating Middle Eastern states—secular or moderate Muslim countries like Syria, Iraq and Libya—and terrorize the entire world.

As Larry Chin aptly argues, this arms deal benefits “the all-powerful Israeli regime” and …influential Israeli lobby as well as the neo-cons in DC, the all-powerful American Military-Industrial complex, and US intelligence and its international network of terror fronts, including ISIS and Al-Qaeda. With his never-ending foreign policy debacles in the Middle East, “President Donald Trump continues to demonstrate that he is a puppet of globalist masters, the Deep State, and the existing international criminal political establishment.” [6]

For anyone that had the slightest hope that US foreign policy—especially its interventionist, terrorism-sponsoring Mid East policy—would improve under Trump, his policies are a complete betrayal, and proof that the imperial Deep State and globalist war machine is as entrenched and powerful as ever.

This goes to show that the US presidency is little more than an empty suit. No US president will ever be able to change or take on the Deep State. The only US president in history to actually try was JFK, and well…we all know how that ended.

So I go back to my vow–which I made to myself shortly after-9/11–to not take anything in US politics at face value, least of all its leaders.

If change is ever going to come to America and its policies it will come through the people, not politics–though in the US this is tricky because the people are especially powerless.

As I have argued elsewhere, the larger significance of the Trump victory had little to do with Trump and more to do with what its signifies about the American people. Though he is presently reneging on his campaign claims and promises, Trump galvanized a type of anti-corporate, anti-globalist and anti-war populism that crossed the political spectrum. Though they are currently being betrayed, many who voted for Trump did so because they were fed up with business as usual. The desire to turn  the page on globalism and endless imperial war is very real for many Americans.

It is interesting to note that now that Trump is on board with the imperial war machine and the globalist Deep State, both the mainstream media and democrats/liberal progressives seem to be backing off of him. How ironic, and tragic, that getting on board with murder, destabilization and mayhem abroad suddenly makes Trump less of a bad guy to these so-called progressives. Just goes to show that the new left/fake left is now part and parcel of the globalist establishment.

[1] As a rule, I tend to believe that if the mainstream media is opposed to a person, they must be a threat to the establishment in some way.

[4] He did keep his promise to withdraw the US from the TTP trade agreement, which he did shortly after his inauguration.