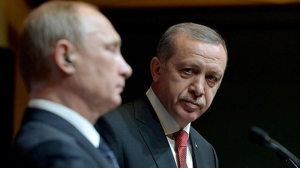 With many predicting that the failed coup attempt in Turkey will push Erdogan towards Iran and Russia, I find myself having mixed thoughts. The very first thought is that the only place Erdogan should be at the moment is paying the ultimate price. Erdogan’s crimes are numerous and unforgivable, especially the role he played in attempting to destroy Syria and flooding the region with radical, rabid, violent, barbaric, heavily armed, western-backed, Islamist mercenary thugs. He has been a long time supporter and puppet of western Empire and has been instrumental in the rise of Sunni radicalism in the Middle East.

But as his western usefulness may be waning, Erdogan seems poised to attempt to jump camps. Seeking refuge and alliance among the anti-western imperialist camp would be a strange thing given his past, but it would also go to show that this so- called hero of radical Sunni Islam—there are many Sunnis that consider him the calipha (the Arabic word for Muslim leader or saviour)—is little more than a self serving, opportunistic, sociopathic thug that employs religion for his own interests and personal power.

It’s clear that I think the anti-imperialist camp should hang this weasel out to dry. Those are my personal feelings. But in politics, especially realpolitik, there is little room for personal feelings. While I think that Erdogan should be given a very comfy necktie, the reality is that he may be strategically useful to Russia—i.e., as a pawn that can temporarily be used to gain leverage against the NATO-western-Saudi-Israeli-agenda in the region—in the immediate future. While he could prove to be strategically useful, especially given his diminishing appeal and usefulness to the west, it is highly unlikely that Russia, Iran, Syria, etc., would be willing to trust Erdogan. Use him, yes; but trust him, not a chance.