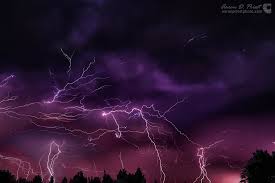 This is part two of my follow up article on the 2016 Electric Universe Conference. In the previous post I gave my general impression of the conference and began to discuss the possible appeal of the electric universe theory (EUT) to non-scientists. This post is a continuation of that discussion. Before I proceed, I want to stress that I am not a scientist and am not qualified to speak about the EUT scientifically. As a scholar in the social sciences and humanities, I’m interested in the philosophical and socio-historical implications of the electric universe theory. My perspective deals with the broader, non-technical appeal of the EUT, as I understand it.

In the previous post I state that the non-scientific appeal of the EUT can be broken down into the three categories: historical, structural/systemic, and discursive. These are categories that anyone can access as analytical tools by which to explore the electric universe as a truer explanation for the cosmos. I describe each of these categories briefly in the subsequent paragraphs and will follow up with a separate post for each category in the coming weeks.

The EUT deals intimately with human history, including ancient and pre-historic times, and puts forth and or builds upon various theories and hypotheses about past events—such as natural and cosmological cataclysms—that were so significant they helped to shape much of ancient mythology, across all corners of the globe. What is interesting about the electric universe theory is that it posits something new (i.e., new ways of understanding the nature and development of the universe, as related to plasma and electrical currents in space) while drawing on artifacts from the very distant past.

Mainstream cosmology tends to treat the present within a historical vacuum. But the EUT looks to the ancient past and mythology as possible clues about our cosmological history. What if certain ancient myths and drawings are more than recorded dreams, or fables and fantasies? What if they depict actual cosmological occurrences in the ancient sky and natural cataclysms that were so profound they came to inform mythology around the world? These are some of the questions raised by the EUT. They are interesting to anyone interested in human history.

The second interesting aspect of the EUT is the questions it raises, and potentially answers, about the structure of the cosmos and all of its corollaries (i.e., earth’s weather and geological formations, etc.). The EUT posits something new about the way things are and about the primordial forces of the universe. According to the EUT, electricity is the driving force of the universe, not gravity. The idea of a universal force that is several billion times stronger than gravity, is all-pervasive and drives all systems, including biological systems, is quite intriguing. Electric universe scientists and thinkers are just revealing the universal power and dynamic nature of electricity. Their findings will have profound implications as they continue to shed new light on the structure and pervasive force of the universe.

The EUT views the cosmos in a much more connected—i.e., through electric currents and streams—manner than gravitational cosmology. Unlike gravity, electricity and magnetism are extremely powerful and dynamic forces that give structure to our universe. Plasma and electro-magnetism are far more generally awe inspiring than gravity. Moreover, electricity can explain away much of the “magic” and supposition of (post) modern science and Einsteinian relativity. These points will be revisited in future posts. For now, I wish to point out that a universal force that connects all things and drives all systems is very compelling and something that I think most people would want to know more about. I will expand upon these points in future posts as well.

The third compelling category is discursive, meaning having to do with the prevailing narrative, whether social, philosophical, or scientific. As I have stated previously, cosmology is the mother of all science and philosophy. It tells the “big story” and shapes our meta-narratives and paradigms about the world and the universe. For me, one of the largest draws of the EUT is that it has the potential to change and redefine the big story of the cosmos, thus altering numerous existing paradigms.

The EUT posits something potentially revolutionary about the cosmos. It is a groundbreaking scientific theory that can serve as a catalyst for a very broad and far-reaching systemic paradigm shift. As a social scientist, this is very interesting for me, not least because a theory that redefines existing cosmology will have a ripple effect on numerous other sciences, disciplines and schools of thought, including the social sciences and humanities.

The implications of this are massive. Given that cosmology is the definitive discourse or narrative, if cosmology changes then, conceptually, everything changes. A shift of this magnitude will have affects far beyond the sciences, in areas such as sociology, politics and economics as well as culture, popular culture, literature, film, story telling and more. It has the potential to change the entire scientific, cultural and public discourse as well as the public imagination. I for one find this potential deeply intriguing.

I will revisit and expand upon each of the categories, from the perspective of a non-scientist, in my upcoming posts.

2 thoughts on “Why the Electric Universe Matters to Non-Scientists: Part Two”