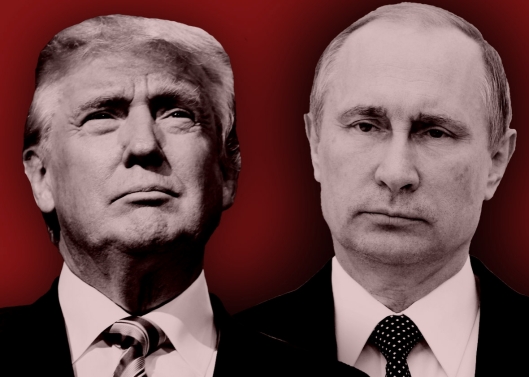 As the saying goes, everyone has a breaking point. Apparently for Donald Trump, the threshold is paper-thin. He came in a like an anti-Washington policy cowboy, vowing to stand up to Washington, “make America great again,” and focus his attentions at home. He trashed those that came before him for wasting time and money and US soldiers on the Middle East. He urged former presidents not to bomb Syria no matter what the circumstances, alleged chemical weapons attacks included.

And yet, less than three months into his presidency, he does just that: bombs Syria over a conveniently timed and highly suspect chemical weapons attack. Really? Is that all it took? Did Trump really fall for the played out “Assad is gassing babies” meme? It’s doubtful. There is likely more than “gassed Syrian babies” at work here. Some claim that Trump was under immense pressure; that the unrelenting political and media attack against him, especially with respect to accusations of collusion with the Russians, was too much to bear. And perhaps it was. We do not know what was happening behind the scenes. Maybe he was being threatened with impeachment over supposed collaboration with Russia during the presidential election (a fabricated pretext). Maybe it was something worse?

Whatever was happening behind the scenes, it appears that Trump couldn’t take the heat. It took less than three months for Trump to diametrically change his tune on Syria. What better way to take the heat off of him, and show the world that he is not in bed with Russia, than to bomb Syria, Russia’s ally in the fight against western proxy war and US-sponsored terror groups (like ISIS and Al Qaeda) in Syria. Whatever his motives for caving and surrendering to the deep state, Trump’s actions are a line in the sand. There is no coming back from this– for him and for those that believed or hoped, even for a brief moment, that Trump would back up his cowboy pestering and stick to his guns on foreign policy in the Middle East.

There is no doubt that Trump benefits some how from his bombing of Syria. But what he has gained may pale in comparison to what he stands to lose or has already lost. Any geopolitical and foreign policy support he may have had from the “alt right” and the anti-imperialist left—not to be mistaken with the pro-war, fake left of the liberal progressive mainstream—is either completely obliterated or on very shaky ground.

What makes his bombing of Syria all the more mystifying is his earlier sentiments about not getting involved in the Middle East and not continuing Bush and Obama era follies in the region. It seems he doth protest too much.

He may have proven to the powers that be—and the mainstream media, which is hypocritically praising the man they loath for this recent act of war—that he is not in bed with Russia, but in doing so, he now appears to be precariously in bed with the deep state.

What this means going forward is anyone’s guess.