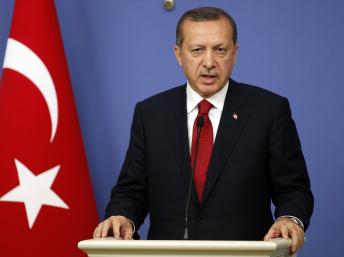 As the events unfold in Turkey my thoughts are a mixture of tentative exhilaration and possible trepidation. As a secular anti-imperialist, the exhilaration stems from the possibility of seeing one of the region’s most troublesome western imperial-collaborating Islamists finally ousted. But, as a secular anti-imperialist, there is also mounting trepidation that, if this coup turns out to be NATO or US sponsored, Erdogan could be replaced with an even more pro-Empire/pro neoliberal globalization Islamist. The person that comes to mind is Fethullah Gülen, a very pro-US and pro-capitalist Islamist cleric currently living in the US. While I would like to believe that the unfolding coup is the result of an independent, secular, Kamalist military trying to return Turkey to its former secular glory, I also fear that turkey’s military, which is aligned with NATO and western power, may be being used by the west and NATO to punish Erdogan for failing to get rid of Syria’s secular leader, Bashar Al Assad, and for Erdogan’s recent overtures to Russia’s Vladimir Putin. I very much hope the former turns out to be true. But the timing seems strange. Turkey’s secular generals have been at odds with Erdogan since he came to power over a decade ago. Is this a coup fourteen years in the making? Or, is the military but a pawn in a NATO/western scheme to get rid of their existing stooge in hopes of installing a more competent one?

It is still too early to be able to answer any of these questions. We do not presently have enough information to know for certain one way or another.

UPDATE: Reports that Hillary Clinton has voiced support for the Turkish government may suggest that it is a domestic coup but we have to wait and see how it plays out. Also, reports that part of the Turkish military remain loyal to Erdogan and that the military factions are engaged in armed combat against one another raises concern for a potential civil war. There are so many moving parts right now that it is difficult to predict what might happen next. I will be posting on the situation in Turkey as it unfolds.